Kids love a good joke. Especially if it includes boogers…

These funny booger jokes make my kids laugh out loud – and they’re sure to be a hit at your house too. 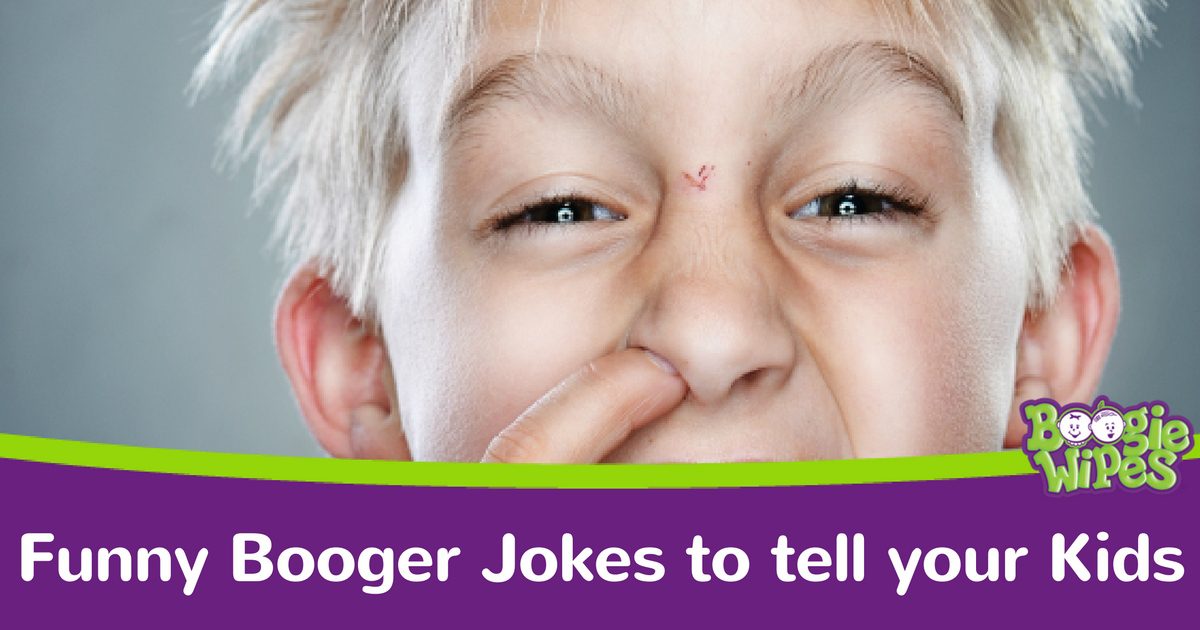 What’s the difference between boogers and broccoli?

Why did the man catch his nose?

Because it was running

How do you make a tissue dance?

You put a boogie in it

What does a booger in love tell his girl friend?

I’m stuck on you.

Why did the booger cross the road?

Because he was being picked on.

Where does your nose go when it gets hungry?

If you were a booger…

What do you call a skinny booger?

What’s another name for a snail?

A booger wearing a crash helmet.

What are your favorite booger jokes for kids?

The Boogie® brand family of products has your baby covered from head-to-toe, and everything in between! Follow us on TikTok: @boogiebrand

Sign up for our newsletter and get 25% off + free shipping on your first purchase of $25 or more!